In NSW high schools, languages is a key learning area.

Language study allows students to develop communication skills, learn about languages as systems and explore the relationship between language and culture. Students engage with the linguistic and cultural diversity of societies and reflect on their understanding of social interactions.

The study of a language is compulsory for 100 hours in one continuous school year from Year 7 to Year 10, but preferably in Years 7 or 8.

In Years 11 and 12, NSW schools offer a wide variety of languages, catering for beginning students to background speakers.

Cabramatta High School has had a long history of offering language courses sensitive to the needs of its community. The Languages Faculty was established in 1979. Languages taught at that time were French, German, Italian and Spanish. Asian immigration had an impact in the school in mid-1979. As the school's community has changed, so too have the languages taught at the school. In the 1980's Cabramatta introduced Chinese into the curriculum and in the late 1980's, Vietnamese. Serbian was also taught in 1987 and 1988, and offered as a regular part of the curriculum from 1999. Khmer was first taught in the school in 2000. Both Serbian and Khmer were introduced with the cooperation of Cabramatta Primary School.

As far as we are aware, we were the first government high school in N.S.W. and possibly Australia to introduce Chinese, Vietnamese, Serbian and Khmer into their curriculum.

The school has had a long history of excellent languages results at H.S.C. level. In 1990, it was announced that Cabramatta was to become one of the two Languages High Schools of the Region. Although Cabramatta no longer calls itself a Languages High School we still pride ourselves on our teaching of languages. Languages taught in 2010 and 2011 are French, Chinese, Vietnamese, Japanese, Korean and Khmer. We liaise with our feeder primary schools, and as far as possible, students are given the opportunity of continuing their study of languages in Years 7 and 8 that they have begun in primary school.

Students are also encouraged to attend the Saturday School of community Languages where the language is not offered at our school. Students also can study a language through the Open High School if they are sufficiently motivated and capable of working independently.

Return to top of page 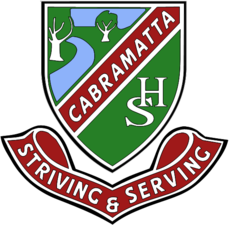 We would like to pay our respects to the traditional custodians of the land which we reside, the Cabrogal people of the Darug Nation, and pay our respect to Elders past, present and emerging.

Copyright for this website is owned by the State of New South Wales through the Department of Education. For more information go to http://www.dec.nsw.gov.au/footer/copyright.